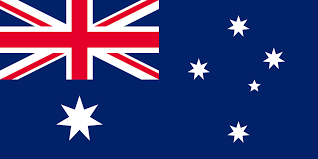 Drivers who were Born in Australia
Alan Jones, Arthur Waite, Daniel Riccardo, Jack Brabham, Lex Davison and Mark Webber.
World Champions (Australians)
Alan Jones (1980)
Jack Brabham (1959, 1960 and 1966)
Most Wins in Australia
Lex Davison – 1954, 1957, 1958 and 1961
Michael Schumacher – 2000, 2001, 2002 and 2004
History of F1 in Australia
Albert Park (Melbourne) was found in 1928 and it had the first race in the same year 1928. The driver who won the race was Arthur Waite he was born in Adelaide which is in South Australia.
In 2004 Michael Schumacher set the fastest lap time which was 1 minute 24.125 seconds on lap 29 out of 58 laps.
F1 Australia 2019 season
Charlie Whiting who was in charge and responsible for the F1 died a few days before the season was due to start. Drivers paid tribute to the man and always did his best for the sport. Lewis Hamilton, Max Verstappen, Robert Kubica and Sebastian Vettel said a lot of things about him on the Thursday press conference.
Valtteri Bottas won the race and set the fastest lap and he was awarded 25 points for the win and 1 point for the fastest lap which was 1 minute 25.580 seconds.
Facts about Australia
In 1963 Rodney Fox survived after being attacked by a Great White Shark while spear fishing. He woke up during the operation when he was in hospital and he recovered. After the attack Rodney built the first diving cage to protect divers to study Sharks.
Sharks, Spiders, Crocodiles, Snakes and Jelly Fish live in Australia and are very dangerous.
How do scientists collect Spider Venom? They milk Funnel Web Spiders because in 1979, 1980 and 1981 there were people who got bitten and 2 people died apart from a man named Gordon Wheatley who was saved by Dr Malcolm Fisher using Anti-venom in 1981. Gordon was the first human to be tested and he was very lucky. Thanks to the scientist Professor Struan Sutherland who invented the vaccine and saved lives.
Australia has an airline company called Qantas.
The population in Australia is 24.6 Million. (2017)
The largest city is Sydney.
Televisions shows I’m a celebrity get me out of here, your worst animal nightmares, Neighbours, Living down under and Home and away are all filmed in Australia.