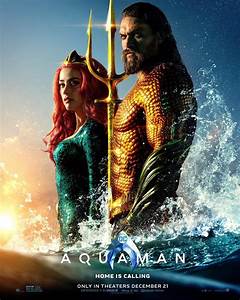 On Tuesday 15th January Anthony Bains, Gary Twist and Christopher Parry had a trip out to Cineworld Leigh to watch the film Aquaman.

Before watching the film we all met at the Cart and Horses pub in Astley and had a couple of drinks to set us up for the night. We discussed the actors and charactors to see iif they lived up to expectations in the film.

After the pub visit we drove to Leigh while listening to the song See you Again by Wiz Khalifa featuring Charlie Puth which is from the film Fast & Furious 7 and it was written for the actor Paul Walker who tragically died in a car accident.

When we got to Cineworld Ant and myself purchased hot dogs and delicious.

We sat down and watched the trailers of which Alita Battle Angel is one we would like to see in the future.

In Aquaman the film follws Arthur Curry a half human and half Atlanntian from birth to the throne of Altantis by trying to stop a war betwwen human and atlanttians by journeying to find a lost trident that will unite all.

On a whole the film was brilliant the CGI was breathtaking the thread of the story was clever as it took you through the stages of his life and how his mind developed as he grew, the relationship between Aquaman and Mera grew into one of romance and the soundtrack which was made up of musical scores and hip hop tunes.

The film cullminated in a big battle between Aquaman and his half Atlantian brother Ocean Master with Aquaman coming out triumphant bringing peace between Altanis and the surface.

On the way home we listened to the Simon and Garfunkal song The Sound of Silence covered by the heavy metal band Disturbed.