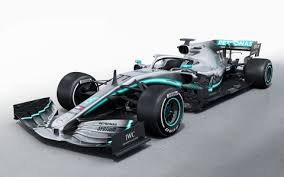 Before the season was going to start everyone had bad news about F1 Director Charlie Whitting who died and the drivers was in shock and attended a press conference to have their says.

Heard that Lewis Hamilton set the fastest lap times during Friday 2 Practices because the set ups are private between the drivers and Engineers.

On Saturday qualifying surprised me from Kimi Raikkoneon and Lando Norris. Mercedes, Ferarri and Red Bull Racing in the usual spots and I said to myself Mercedes has got a good advantage. Ferarri and Red Bull will have a good battle. Williams has got no chance to be in points from the first race. Home boy Daniel Riccardo impressed me to be 12th.

Race day the top 6 teams behaved themselves and Riccardo first lap he lost his wing so to go in the pits for a new wing. Bottas really enjoyed himself on the track by getting faster time records. Romain Grosjean has had a wheel lose so he had to stop racing. Carlos Sainez had a engine on smoke (fire). Daniel Riccardo had to retire to save the engine.

The first race of the day surprised me Bottas was given 26 points the 1 point extra was setting new fastest laps. Hamilton finished P2 he was given 18 points and Verstappen was given 15 points. Vettels Ferarri was slow on the track because of tyre wear and his new teammate Charles Leclerc was fast must have had tyres that did have longer life in the tyres. Kimi in the Alfa Romero (Sauber) first race picked points for the team. Sauber everytime on the first race they don’t usually pick points from the first race.

What I think about the race season: Mercedes, Ferarri and Red Bull will be in the top 3. I think Sauber will be impressive this season if they can pick more points. Williams will end up bottom because they have only got Robert Kubica and George Russell (New drivers for Williams) they will might pick points soon. Kubica knows the Canadian race track very well. Williams has got Mercedes engine bulit in and Red Bull went from Renault engine to Honda engine.